Posted on February 24, 2014 by shoestringalley 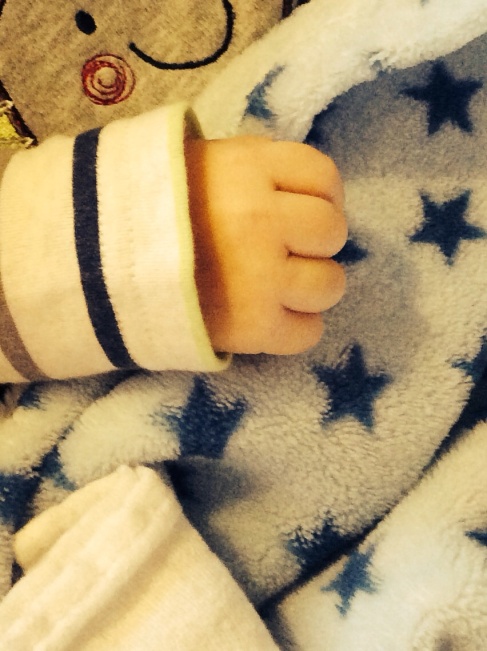 It’s a boy! Actually we knew that from about 15 weeks but still! He is 6 weeks old now and we all seem to be settling into the new way of doing things now that we are four instead of three. I’ve been having a painfully slow recovery from my caesarean which came as a bit of a surprise as I got over the last one so fast by comparison. Still, I’m on antibiotics now and am really hoping they sort out whatever the problem is. I’m not great at sitting around and have been going stir crazy, sitting around at home all day – not much fun for my little girl either! Ah well, just a bit more patience I suppose. So, in terms of my goals for 2014, I’m not doing too badly. Baby boy sleeps so much better than our daughter ever did. I generally have to do two short feeds during the night but, crucially, we both go back to sleep straightaway. There have been a few cranky nights where this hasn’t been the case but other than that I’m thrilled with how this is going so far. The weight…ugh. It is awful. I put off weighing myself until the morning I went into hospital. Just as well. I’d fess up but I’m currently too horrified.  Despite breast feeding, which is supposed to make the weight drop off – ha, my weight stuck for about 4 weeks. I made some quite big adjustments to my diet last week and managed to shift a smidge under 4 pounds which was a relief. I went off plan over the weekend as we were out both days but I’m trying to get back on track. For some reason Thursday is my weigh-in day so I’m hoping I can get at least a pound off by then. I’ve been having major computer headaches for some months now which is the main reason I haven’t been blogging – it’s just been too hard and photos have been impossible. Still, I think that is sorted for now (more details another time) but blogging should be easier from now on. Hope to be back soon!